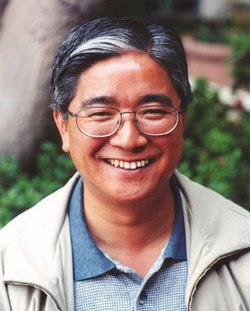 Seima David Aoyama was 48 years old from Culver City, California. He was an accountant for Soka Gakkai, a Japan-based Buddhist lay organization.

He was a peace activist.
But David Seima Aoyama (青山 世磨) was born up north in Hokkaido, Japan in 1953. Life was probably still a little tough for his parents in post-war Japan, but it was also a time of hope as well as hard work.

Aoyama came to the United States in 1977, and managed restaurants in Dallas and Memphis before becoming a member of the Buddhist association's staff in 1983. Since 1995 he worked at the organization's national headquarters in Santa Monica after serving in its Chicago, Philadelphia and Kansas City regional offices.


"To me, David was a hero in the truest sense of the word," said the SGI-USA's Director Daniel Nagashima. "He was my dear friend who cheerfully gave of himself in service to his fellow human beings. He never begrudged the time or effort it took to help someone in need, or to help a colleague sort out a complex problem. He died in the course of this service and this is why I call him a hero. He will be greatly missed."

He was married, and he had two children: his daughter, Emily, and a younger son.

David was returning to Los Angeles from Boston on official business, when his flight, American Airlines #11, was hijacked and crashed into the north tower of the World Trade Center.

In Memory Of All Those Who Lost Their Lives And Those They Left Behind.